Connie Chappell is a bestselling author of both literary fiction and literary mystery. New release, Honeysuckle Blue Revenge, is the fourth book in the Wrenn Grayson Mystery series. Other titles are Deadly Homecoming at Rosemont, Designs on Ivy’s Locket, and Lily White Lie. Designs on Ivy’s Locket is the Silver Medalist in the Readers’ Favorite 2018 International Book Awards Contest for Fiction-Mystery-General.

Chappell and her widely read novel, Wild Raspberries, received the 2016 Maxy Award for Best Literary Fiction and the Readers’ Favorite Book Award for Women’s Fiction. Proper Goodbye, the long-awaited companion book to Wild Raspberries, was released and immediately touted as the novel that “needs to be on all the lists of bests.” These deeply emotional family dramas tell stories of love, loss, and second chances. They have touched the hearts of readers all across the country.

We had a chance to catch up with Connie Chappell. She shared the thrilling news of her most recent recognition for herself and her books.

Honeysuckle Blue Revenge: What a treat! So many interesting aspects to snag the reader’s imagination. Is this the best Wrenn Grayson mystery yet? Most definitely.

How did you feel when you learned you received a commendation from the Ohio House of Representatives for your writing?

I remember holding the commendation that first time. It was impressive-looking on parchment paper with signatures and a gold seal. I felt stunned, speechless, rewarded, proud, energized, amazed, and blessed — not necessary in that order.

The commendation was a total surprise and issued in conjunction with the release of Lily White Lie, my third Wrenn Grayson mystery and my fifth book overall. The commendation used phrases like “special talent of expression,” “justifiable source of pride,” and “a thrilling mystery.” Receiving the commendation was the high point in my professional career and my life.

Is there another book in your future? If so, can you tell us a little about it?

Of course there’s another book! I hope to release Summers Only by the end of 2020. This is a work of literary fiction and the third and final installment in the Wild Raspberries series.

Here’s a summary clip: Terri Miller is recruited by Frank Cordell to advocate for Michigan’s homeless. She’s homeless herself, so she possesses the necessary qualifications. She also harbors a secret. If discovered, that secret will taint the very shelters Frank is charged with establishing statewide. In Summers Only, Terri Miller touches the lives of those she meets. But can her lasting impression hope to support a bridge to personal redemption?

Now, here’s a quick trip back into history. Just as I was sitting down to write this book, I stumbled across terminology from 1871. Back then, my hometown was setting aside tax dollars to assist the “outdoor poor.” Those words puzzled me for a second or two. Then, it hit me. Today, the outdoor poor are known as the homeless. I couldn’t help but work the term from another century into the story line.

When you finished the final read-through of Honeysuckle Blue Revenge, what was your favorite part of the book and why?

First, we need to back up a little bit in the process. When I sit down to write a mystery, I outline extensively. I must know where the clues will be hidden and when they will be discovered. My outline for Honeysuckle Blue Revenge was proving itself until I reached the crescendo of the mystery.

Our heroine, Wrenn Grayson, is being questioned by the police and I realized she could not answer the logical round of questions I was prepared to give the officer. That would send the story in a wrong direction, so she immediately clammed up! My fingers stopped typing. They just hung over the keys. No, no, no, I did not have a fatal flaw. I could not!

But I did. I fixed the story line and what an amazing transformation. The ending opened up and I have no doubt my readers will truly find themselves sitting on the edge of their seats. I can honestly say, the story started writing itself and it performed admirably.

Your books often have a historical or architectural aspect to them. Why do you like to weave these aspects into your stories?

I’m enamored with local history. Local history wouldn’t be complete without the phenomenal architecture of the day. When the subject of one of my books crosses back into history, it’s only natural to set the scene properly. That’s when my mind allows longstanding buildings to step to the forefront. I appreciate the craftsmanship worked into structures that have seen centuries turn. I can only imagine the pride those stoneworkers and wood carvers must have felt. It’s an honor to include architectural detail in my novels.

Share an early childhood memory, either writing-related or not, that speaks to who you are, then and now.

As early as eight years old, I remember playing sports, being athletic, proud to be a tomboy. I followed my older brother and his friends to the baseball field. I went with my own bat and glove, mind you! Baseball turned into tennis, golf, pickle ball, basketball (but I wasn’t tall enough to be any good), along with a side order of tree climbing, skateboarding, kickball, bike riding, and tag football. I still like to stay active.
You can find a full selection of Connie Chappell’s books on Amazon. 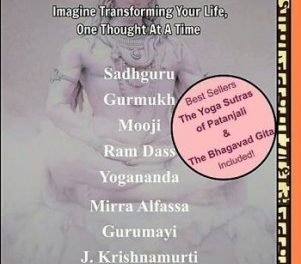 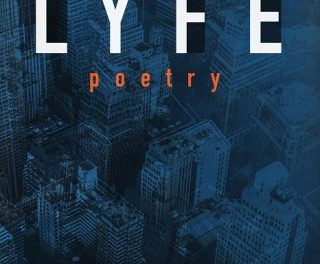