Puma Exploration Inc. gets listed on THE OCMX™

The OCMX™ is pleased to announce the listing of Puma Exploration Inc. to its online portal which offers Investors and Advisors the ability to participate in this opportunity.

MONTREAL, QC, January 23, 2020 /24-7PressRelease/ — Puma Exploration (PUMA:TSX-V/PUXPF:OTCBB) is a Canadian-based mineral exploration company located in Rimouski, in the province of Quebec. This junior company, which has been active in the field of mineral exploration since 2003, is distinguished by its dynamism, as evidenced by its projects at different stages of development in precious and base metals. The Corporation’s main projects are the Murray Brook, Chester and Turgeon projects, all located in New Brunswick.

New Brunswick is a province rich in natural resources, qualifying as the seventh best place in the world for mineral exploration by the Fraser Institute in 2014. Puma Exploration projects are located nearby and inside the famous Bathurst Mining Camp (BMC).

Puma Exploration has become a major player in mineral exploration in New Brunswick through the acquisition of a diversified portfolio of mining properties. In 2014, the Company was honored to receive the Prospector of the Year award from The New Brunswick Prospectors and Developers Association.

The Corporation benefits from the proximity of several infrastructures: In addition to the structured road network bordering its projects, a major seaport, the one of Belledune, is located near the city of Bathurst.

Lastly, the Company is keenly following the principles of sustainable development, social responsibility and social acceptability. The quality of the links between the Company and the various communities is of paramount importance for Puma Exploration.

The OCMX™ is pleased to announce the listing of Puma Exploration Inc. to its online portal which offers Investors and Advisors the ability to participate in this opportunity.

The OCMX™ has spent considerable time completing its due diligence on Puma Exploration Inc. and concluded that there is indeed a tremendous opportunity for Investors and Advisors.

The OCMX™ noted that Puma Exploration Inc. exhibits the main components of any solid investment opportunity, namely a solid management team, a great track record, and a number of key competitive advantages.

Marcel Robillard, CEO, President & Chairman Of The Board

Marcel Robillard is a geologist, graduated in 1993 from the University of Quebec in Montreal. He also holds a Master of Earth Sciences obtained in 1995. From 1998 to 2007, he acted as a project geologist and project manager for Géominex, a consulting firm in geology and mining exploration.

Since 2007, Mr. Robillard is on the board of directors of Puma Exploration (PUMA:TSX-V) in addition to being CEO of this company since 2010. He is also a director of the company BWR Exploration Inc (BWR:TSX-V).

Richard Thibault has a B.Sc. (Mining Engineering) from Queen’s University of Canada. He is a Professional Engineer (P.Eng.) with over 40 years of mining experience in engineering, operations, management and consulting in North and South America and Southeast Asia and is the President and Principal Engineer at AVOT Consulting Inc. Currently he is on a long-term assignment for MUZO Emeralds as VP, Colombian Shared Services and Director of Mines in Colombia. Prior, he was Group Chief Operating Officer, Mining of Malaysia Smelting Company Bhd. and Senior General Manager of its subsidiary Rahman Hydraulic Tin Sdn. Bhd. along with being CEO of Asian Metal Mining Consultancy all in Malaysia.

From 2008 to 2013 he was Chief Executive Officer and Director of Antioquia Gold Inc. (AGD-V) a publicly traded company with mining interests in Colombia. From 1997 to 2006, Mr. Thibault worked in Argentina, Bolivia, Chile, Colombia, Ecuador, Mexico, Panama, Peru and Venezuela. While based in Buenos Aires, Argentina, he held the position of President of High American Gold Inc., a publicly traded junior mining company, and Managing Director of Procesadora de Boratos Argentinos S.A. (PBA), a private industrial mineral company. In Santiago, Chile, he was the General Manager of the consulting firm BGC-AVOT Engineering Inc. In 2006/07, he held the position of Vice President, Minerals of Daleco Resources Corp., a United States based publicly traded company. Before moving to South America, he worked for the Canadian company, Fording Coal Ltd., in progressively responsible positions.

Ms. Gosselin Brisson is a graduate of the University of Quebec at Rimouski (UQAR) and is a Chartered Professional Accountant (CPA) with more than forty years of experience in auditing public bodies, manufacturing companies and service companies. Since 2014, she has been employed by Puma Exploration Inc.

Raphaël Fournier graduated with a Bachelor of Business Administration degree (B.A.A.) in 2000 from the Université du Québec à Rimouski (UQAR). He also holds a certificate in Environmental Science obtained in 2016. From 2000 to 2002, he acted as Data Management Analyst at the Laurentian Bank of Canada Head Office.

From 2005 to 2008, he worked for Desjardins Group as a Financial Advisor. For the period 2007 to 2013, he was president and CEO of the privately held firm Groupe BRF. Since 2010, he has been conducting compliance audits in various fields of activity on behalf of the Bureau de Normalisation du Québec (BNQ).

The OCMX™ is literally changing how companies and investment funds generate exposure in the marketplace and raise funds as we know it. The OCMX™ serves both public and private companies along with investment and mutual funds which need to raise additional funds or gain significant market exposure. It does this by way of connecting the relevant companies, funds, investors, and advisors all in one online transparent portal. The OCMX™ (P2P Financial Inc.) launched in September of 2009 out of Toronto but has since expanded its operations to include Quebec, Alberta, Manitoba, and British Columbia.

The OCMX™ connects investors and advisors directly with companies and investment funds seeking to raise funds or gain broad market exposure. The OCMX™ provides an open venue for innovative growth companies and leading investment funds to generate market awareness, raise funds, or connect with investors and advisors. The OCMX™ provides companies, funds, investors, and advisors instant access to its Online Portal so that they can actively source and connect with their next opportunity, advisor, investor, client, or financing partner. 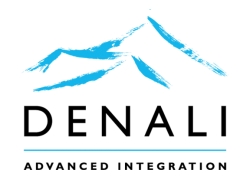