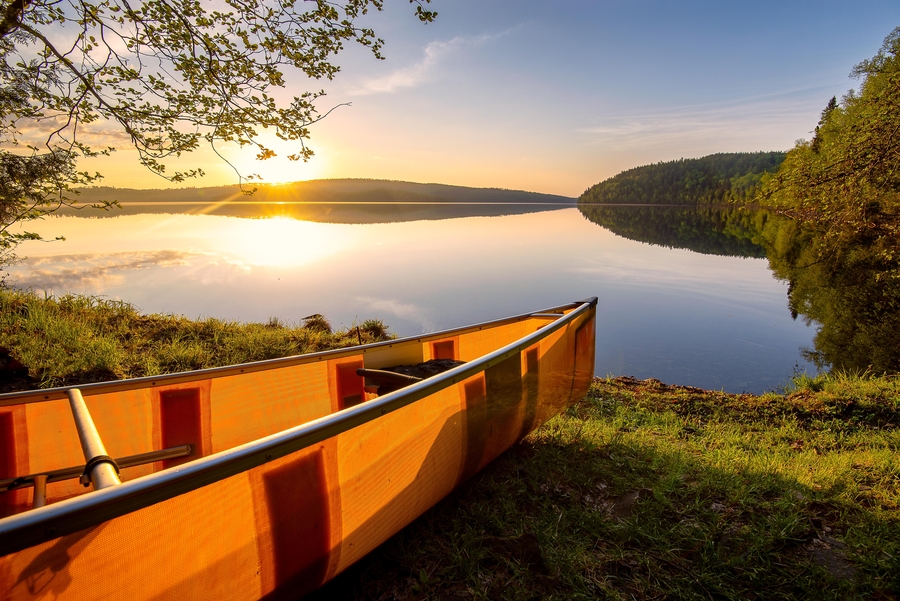 Learn about the history of hemp and CBD oil in Minnesota

ST. PAUL, MN, September 15, 2020 /24-7PressRelease/ — Did you know that President George Washington farmed hemp? In fact, several other Founding Fathers, such as John Adams and Thomas Jefferson, did the same.

President Washington himself actually mentioned the word “hemp” many times in his diaries. He cultivated the plant for domestic use, most likely for clothes and fishing nets.

As for Minnesota, researchers say that the history of hemp farming started in 1860.

Today, hemp farming and production of CBD oil in Minnesota constantly make headlines. That makes complete sense, seeing as the North Star State is a pioneer in hemp cultivation.

Hemp farming in the Land of 10,000 Lakes wasn’t always a smooth journey, though. Still, thanks to the 2014 Hemp Pilot Program, the cultivation of the plant is becoming a bit easier.

To that end, we’ve compiled the most vital facts you need to know about hemp and cannabidiol in MN. Read on to learn the “then and now” of Minnesota’s industrial hemp, and how it produces high-quality CBD oil.

First Things First: What Is Industrial Hemp?
Industrial hemp comes from super popular plant species Cannabis sativa. Indeed, that makes it a relative of marijuana, which is also a species of C. sativa. There’s a big “but” here, though: industrial hemp contains very low amounts of THC.

THC stands for tetrahydrocannabinol. It’s the compound in marijuana (AKA weed, pot, grass, etc.) that makes it psychoactive. Recent studies found that some marijuana strains contain 17% to 28% of THC.

Now, don’t get us wrong; THC has also shown to possess therapeutic properties. Studies suggest that it can help with conditions like pain and muscle spasticity. It may be beneficial for depression, insomnia, nausea, and low appetite too.

The primary issue is tetrahydrocannabinol’s psychoactivity. It’s because of this that marijuana still hasn’t reached full legalization in the US.

Industrial hemp, by contrast, comes with no more than 0.3% THC content. This means that ingesting it won’t produce psychoactive effects. This is one of the crucial differences between marijuana and industrial hemp.

Despite having negligible amounts of THC, hemp still contains cannabidiol or CBD. As such, hemp-derived CBD, compared to marijuana-derived CBD, won’t get you high. However, it can still deliver the potential benefits of cannabidiol.

A Trip Down Memory Lane: History of Hemp Farming in Minnesota
Before the revolutionary war, folks in the US grew hemp to make products like ropes and sailcloth. In fact, back then, it was a requirement for colonists to grow the plant for the British Navy.

By 1934, there were about 6,400 acres of hemp growing in Minnesota. This is from a report published by the University of Minnesota Extension.

Unfortunately, production declined in 1937 due to the 1937 Marihuana Tax Act. The regulations failed to distinguish hemp from its intoxicating cousins. As a result, hemp growers faced considerable tax duties, so many of them stopped growing hemp.

Hemp production in the US, however, peaked again during World War II. Up until then, Asian countries, like the Philippines, supplied most ropes and fiber. Japan then invaded these countries, which then cut off the supply for these products.

To address the loss, the government extolled US farmers to start planting hemp again. There was a serious need to grow at least 300,000 acres for rope, threads, cords, and other similar products by 1943. A year before that, though, the US Government made and released a film titled “Hemp for Victory.”

The goal of the film was to encourage farmers to go back to producing hemp. It did help, so by 1943, they planted at least 176,000 acres of the plant. Most of these plantations were in the upper Midwest, including Minnesota.

When the war ended, the demand for hemp once again dropped. The 1970 Controlled Substances Act then followed. It criminalized growing, possessing, and transporting all types of C. sativa.

The Comeback
1976 saw the first-ever reported case of “medically-necessary” marijuana use. This is what kickstarted the first documentation of medicinal marijuana. Within the next 40 years, several states, including Minnesota, legalized medical marijuana products.

It was in 2014 when the legalization of medical marijuana in Minnesota took place.

It was also during the same year that the government released the Federal Farm Bill. This allowed states to set up pilot programs to study hemp once again. People could once again learn how to grow, cultivate, and market industrial hemp.

It wasn’t until 2015 that the North Star State enacted a specific law for this, though. This is the Minnesota Industrial Hemp Development Act (IHDA), Minnesota Statues 18K. It enabled the Minnesota Department of Agriculture to start a Hemp Pilot Program.

Moreover, the act created a legal distinction between marijuana and industrial hemp. As a result, it removed the Schedule I status on some forms of cannabis.

As such, CBD derived from hemp and has less than 0.3% THC is federally legal. However, the hemp’s cultivation itself must have met federal and state regulations.

How Hemp and CBD Oil in Minnesota Are Faring Today
Hemp grown in Minnesota allows for top-notch CBD products, thanks to the quality of the soil in the state. There’s also the climate, which is ideal for growing hemp. These two are actually among the main reasons MN was one of the pioneers of hemp farming.

Soil and climate aside, the Land of 10,000 Lakes is also home to innovative farmers. At Nothing But Hemp, rest assured that all products come from award-winning manufacturers. These manufacturers, in turn, only use USDA certified hemp.

Speaking of which, a 2019 news piece gives us some insight into how booming MN’s hemp farming is. Back then, experts estimated that there would be at least 7,744 acres dedicated to hemp farming. They also forecasted indoor cultivation to expand to one million square feet.

Many hemp farmers in Minnesota grow the plant to become the source of CBD products. A lot of them are also producing it for traditional uses, such as cloth or fabrics. That’s why today, you can go green and perhaps stay safe with hemp-based face masks.

What’s So Special About Hemp-Derived CBD Products?
As mentioned above, CBD products derived from marijuana may contain a lot of THC. So much so that their THC content may be against the law. Marijuana-based CBD is only legal in MN if a doctor prescribed its use.

By contrast, hemp CBD oil in Minnesota (so long as they’re from reputable sources) contains 0.3% THC or less. So, aside from meeting stringent laws, they also won’t cause psychoactive effects.

As for CBD itself, studies found that it helps keep the body in a homeostatic state. Homeostasis is the ability of the body to maintain a stable internal condition. It’s a bodily process required by living organisms to survive and thrive.

In this way, CBD may help ease pain and symptoms of other conditions like anxiety and depression. Many people say that they also take CBD to boost the health of their skin or fight off acne. Others report using it to help strengthen their bones, joints, and even their vision.

Research also suggests that CBD has anti-inflammatory and antioxidant effects. It may be in this way that the cannabinoid may help relieve painful health conditions. As an antioxidant, it may boost the functions and health of the immune system.

An earlier study also found some evidence that CBD may help hinder the growth of some cancer cells. At the very least, patients say that taking CBD oil helps ease the side effects of chemotherapy.

A Friendly Reminder Before Buying CBD Products in Minnesota
You may have heard how many people refer to CBD as a “miracle” treatment. It does hold a lot of promise, but the thing is, we do need more in-depth human studies on it. Please keep in mind that many of the previous research done on CBD involved animal models.

Still, the results of these studies and tests indicate the potential of cannabidiol. Besides, it appears to be a safer option compared to many other drugs. The World Health Organization also says that CBD has relatively low toxicity.

One last thing: it’s always a smart idea to seek a doctor’s advice prior to buying and using CBD oil in Minnesota. This is especially true if you’re currently on any other medication. This way, your healthcare provider can help you avoid any potential drug interaction.

Try High-Quality CBD Products From Reputable Manufacturers
As you can see, hemp farming in the North Star State has come a long way since 1860. Today, hemp farmers strive hard to innovate cultivation to further improve plant yields. Thanks to them, consumers continue to have access to quality CBD oil in Minnesota.

Ready to give CBD products that meet federal and state regulations a try? If so, then our team here at Nothing But Hemp is ready to deliver all your needs. Browse our online store or ring us up for same-day delivery within Minnesota! 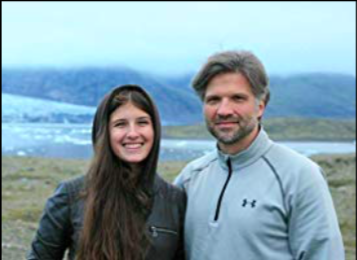 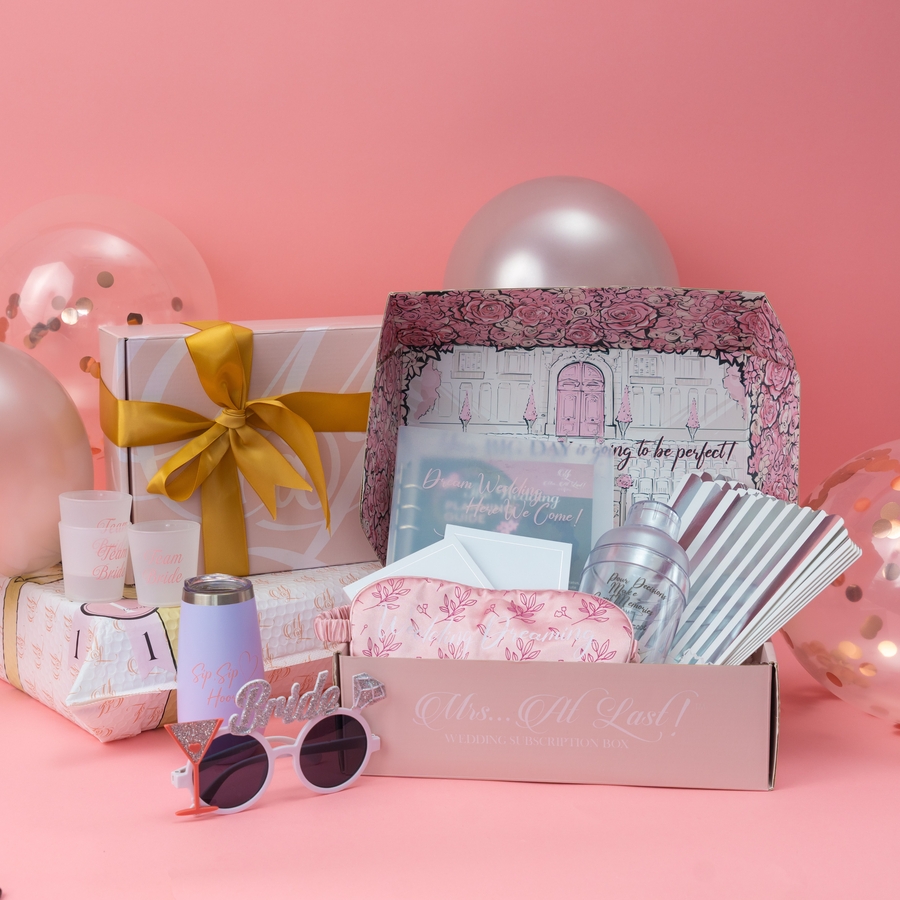 Costs Less Than a Day at the Spa: Mrs… At Last! Launches 6 Gift Boxes for Soon-to-Be Brides to Cope with Wedding Anxiety